How Much PPM Colloidal Silver For SIBO?

Eric Bakker, the naturopath here. Thanks for coming back. Small intestinal bacterial overgrowth, colloidal silver, have you heard of colloidal silver? Many people freak out about colloidal silver because they go to Google and they watch this guy called Blue Man, I think it is, who’s developed this condition called argyria. He’s actually blue in the face, but this guy actually made his own colloidal silver at home, very powerful strong concentrations. And he was drinking tons of this stuff all the time. He developed this condition where he looked like a Smurf. He was literally blue in the face. That’s not going to happen to you. You’re not going to be drinking a gallon of homemade high concentration colloidal silver every day. I know certain certain types of people do things like that, so don’t worry about that.

Parts per million, does it make a big difference? Well, there are many different brands of colloidal silver out there and you can get anything from five, I think up to about 15 or 20 PPM, parts per million. Usually 10 to 15 parts per million is more than adequate. If you’re training for SIBO, my recommendation is note, not to take colloidal silver on a longterm basis at all for the gut, period. Whether you SIBO or cocandida or what, you can take it for short bursts, but it’s not a product you take for six months or one year. I prefer that it’s given to you after a sensitivity or a susceptibility report proves that it’s effective against certain pathogens in your gut. To do that, a stool test is probably going to be better than a breath test in my opinion. Now, many people argue you’re not going to see small intestinal bacteria in a comprehensive stool test because it focuses on the colon alone.

There’s definitely merit to that statement, but in my opinion, working just solely with the CDSA has given me far better outcomes ever than working with the breath tests for SIBO, I don’t find I get much joy treating off those tests. I get much more hit and result by doing the three day collection and then working off those susceptibility panels. And when colloidal silver comes up high on that one, I’ll use it as part of the protocol usually for maybe anywhere between three to six weeks as a treatment protocol and then I’ll give the patient at break for 10, 14 days and if need be, depending on symptoms, we will run another maybe three, four, five, six weeks of treatment.

Colloidal silver is not the primary agent than I would use for SIBO. I think better antimicrobials for SIBO would be oregano, a good standardized oregano. It would be a standardized garlic. It would be grapefruit seed extract. Those three things tend to work quite well for SIBO, but with SIBO you need to get the test done properly. That’s the thing. You need to get it done properly by a good lab and work with a reputable naturopath or natural minded medical doctor to give you the outcome you’re looking for. In my opinion, SIBO testing is not enough. I prefer that if you did want to do SIBO that you did the CDSA or the stool test as well, both those tests and work off all of that information as opposed to just doing the SIBO test alone.

But PPM colloidal silver, 10 to 15 is more than enough. 15 is what you’ll get with a lot of companies, but if you get a good company, Silver Biotics is one of my favorite companies from Utah. I’ve been working with Silver Biotics now for ages. I met these guys in the States years ago. I love this product. I think it’s one of my favorite silver biotics. It’s really good. And from memory, this is 15 PPM. Let’s have a look here, what does it say? This is 10 PPM. 10 PPM is more than enough for most people. Now colloidal silver can be used orally. I know some people who brush their guns with a toothbrush dipped in a dilute colloidal silver. It’s good for tongue. Cleans the tongue up. It’s good for oral, but it’s also good for a middle, upper middle and lower GI.

It’s also definitely worth trying colloidal silver if you’ve got helicobacter pylori. 30 mills, which is about a shot, like a whiskey kind of shot. You have that up to twice a day on empty stomach and have a little bit of aloe vera juice with that. I’ve got many patients who swear by that combination of aloe vera and colloidal silver for the the helicobacter pylori. Now remember, don’t stay on colloidal silver any longer than three to six weeks in one stretch. Stop for at least 14 days. Let your gut regroup again before you try again. Don’t keep on these things constantly because I’ve seen too many problems occur as a result of that. Just give you a heads up on that.

Anyway, thanks for watching. Don’t forget to click on the link below if you want my free candida report. Thank you. 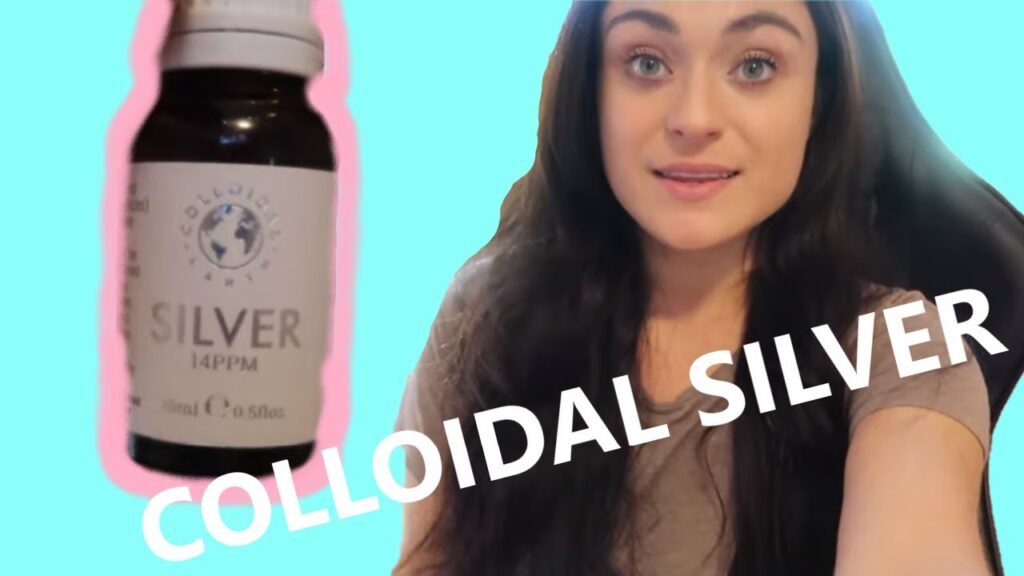